” I don’t like your cats,” Pomi announced the other day hiding behind a row of books. 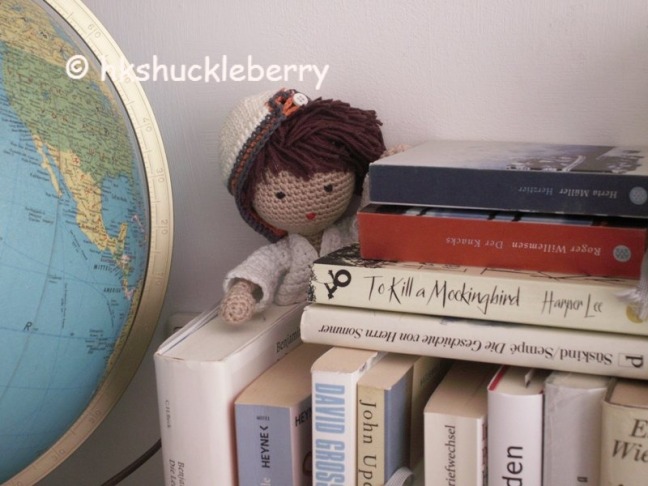 ” I know you don’t but there is nothing to be afraid of and no need to hide.”

” I won’t get rid of my cats just because you don’t like them.”

” They are not your cats. They belong to your children.”

“Well, I guess you’re right, the girls did bring them home, all three of them. They rescued them from hunger, cold and cruel children. There were more than three over the years but the others did not survive. They were already too ill when the girls found them.”

” Where are your daughters now?”

” And they left the cats with you.”

” Oh I’m sure they had their reasons. But you’re stuck with their cats.”

” Maybe it is not terrible but it is not very nice either. Anyway I’m terrified by those cats and I want you to get rid of them. If I prove to you that they are aggressive, then will you… ” Pomi paused and looked at me. “…get rid of them?”

So Pomi set out to prove that my cats are dangerous creatures and he tried very hard for a whole day. 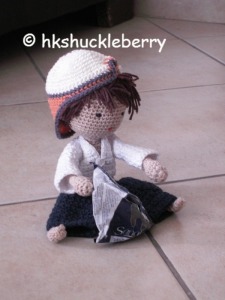 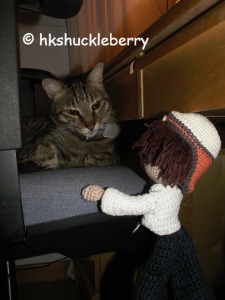 In the evening he looked tired and disappointed.

” I had a terrible day. That was the scariest thing I ever did and I was sure one of the cats would get fed up and attack me but none of them did so I guess you win. The cats will stay.” My little crochet guy concluded.

” And so will I,” he added with a serious look on his face.

” I will not leave you.” And throwing a glance at the pictures that adorn the living room cabinet he gave me a fiberfill hug while my girls smiled from out their silver frames. 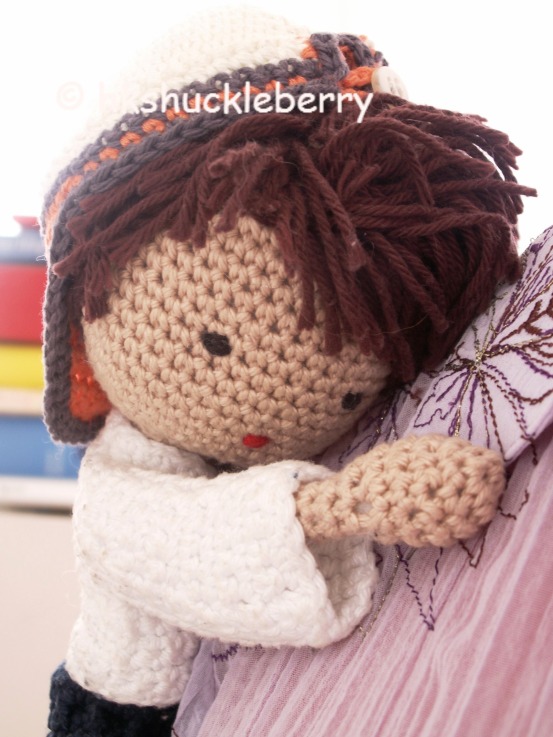 7 thoughts on “Whose Cats”