A Guitar for Pomi

Dragging his new friend along Pomi walked into my workroom.

” Oh here it is! We were wondering what had happened to your guitar. Why did you bring it up here? Are you going to play again? ” 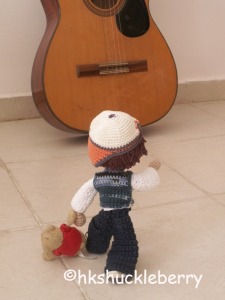 ” Because I haven’t played in forever and …”

” There is a string missing. 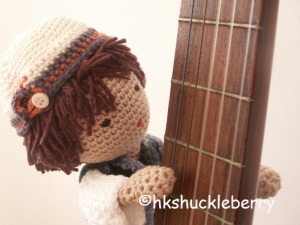 Until you replace it this guitar will make a pretty good slide.” 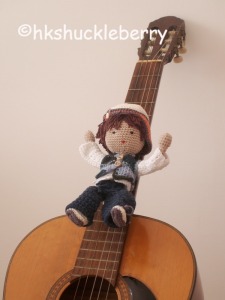 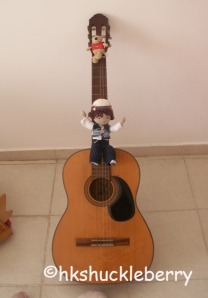 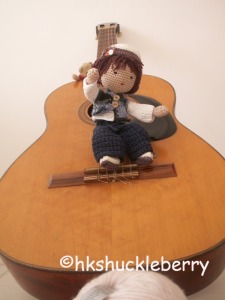 ” But it still is a guitar, so please be careful. 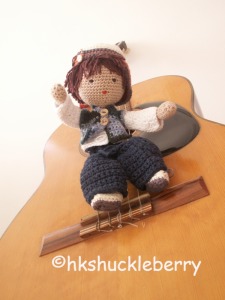 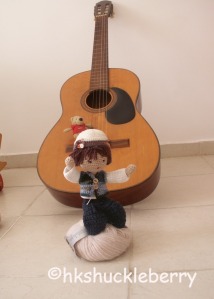 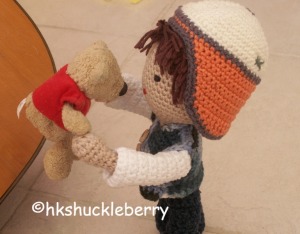 I’ve got something for you Mr. Fiberfill.”

I handed Pomi the little guitar I had picked up at a toy store earlier. Pomi took the instrument but he did not look happy. 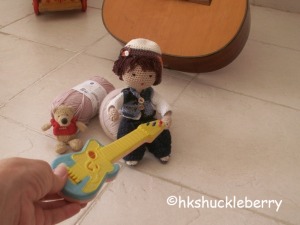 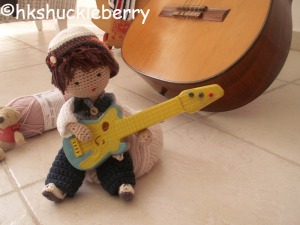 ” I don’t expect anything.  But wouldn’t you like to be a star?” 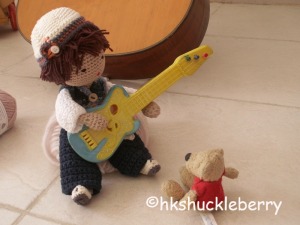 ” Playing this ugly instrument won’t turn me into a star. If anything, it’ll turn me into ‘the small person with the ugly guitar’. Anyway, I don’t want to be a star, I’d rather be the moon.”

” Yes, there are many stars but there is only one moon.” And grinning his adorable little grin, my crochet doll got up and dragged his guitar across the floor. 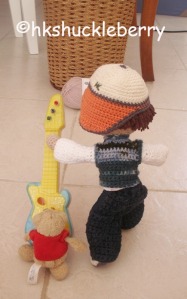 “Do you need any help?” I offered.

” No thank you.” Pomi hauled the guitar into the waste paper basket. 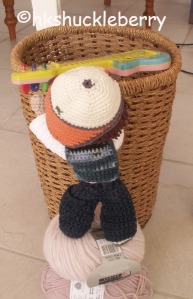 Clearly satisfied he rubbed his hands. “My career as a guitarist is over.” 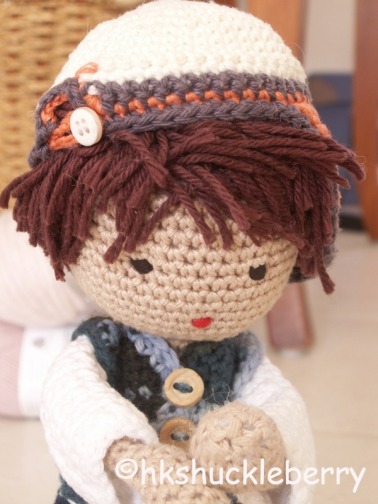 ” I’ll think twice before I buy you a present again.” I said and returned to my book. 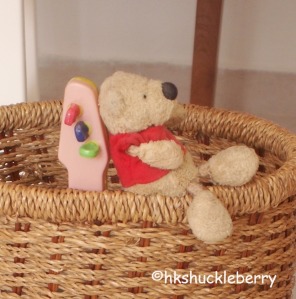 3 thoughts on “A Guitar for Pomi”