” Didn’t you say we’re out of cilantro?” Pomi looked at the bowl of salad I had placed before him.

” I popped down to the greengrocer’s.”

” You didn’t have to!” My little crochet doll smiled.

” Grow Cilantro in your herb garden. That’ll save you the trip to the greengrocer’s.”

” Do you know how many people don’t like cilantro?”

” Cilantrophobes? I didn’t count them.”

” Very funny.  But you see, Cilantro has a rather nasty odor to it, a soapy aroma, a buggy smell. It’s because of those fatty substances, aldehydes…”

Pomi flinched. ” Is this going to be another one of you lectures?” he interrupted me. ” I ran into this guy at your daughter’s the other day. I was inspecting her herb garden. By the way she grows everything there, rosemary, thyme, mint, lemon grass and parsley, even hyssop but no cilantro of course.

Anyway, suddenly there was this guy. I think he was guarding the herbs, a fellow in stripes. I asked him if there was any cilantro. Instead of just saying ‘no’ he started to lecture me and he was going on and on about those alde….” 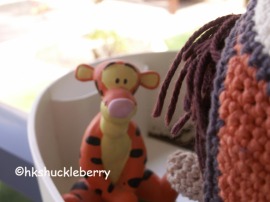 ” Aldehydes. They are found in essential oils and contribute to their odors. They can smell of soap. Or bugs. Some insects produce strong smelling aldehyde rich body fluids to keep their enemies away. So does cilantro. Buy the way, when you crush its leaves cilantro looses its strong smell within minutes.”

Pomi looked at me over his bowl of salad and said:

” So what’s with the cilantro angst then? Have some salad!” 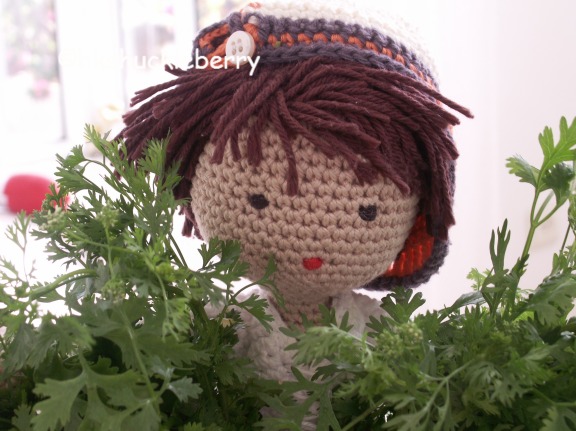 ← Summer is not over yet
Reblogged →